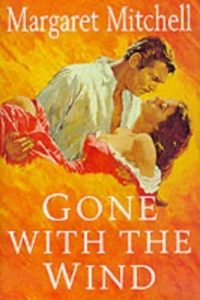 I’ve mentioned before that I love reading and I like to review books regularly. I think that reading and discussing books is a wonderful way to network with others. You can learn a lot about a person by the books they read and what they think of them. It’s a wonderful conversation starter. I encourage you all to ask someone about the book they’re reading now or their favorite book and enjoy this form of social networking.

Just before I had one of my babies, I spent quite a bit of time lying down off an on during the day. Fortunately, I was able to pass the time nicely reading the outrageously long, but enjoyable book, Gone with the Wind by Margaret Mitchell, originally published in 1936. As a younger reader, I was turned off by anything that seemed to be remotely romantic—instead hitting up the fantasy and mystery books. But imagine my surprise to find out that Gone with the Wind isn’t just a romance novel, but an epic look into the Confederate South struggling through the Civil War.

I enjoyed immersing myself into the culture of Scarlett O’Hara in 1861 and experiencing with her all the joys and sorrows of life during the Civil War and its aftermath. At 1,024 pages this book is atypical of the novels written today and that is one of the reasons it was fun to read. Today’s novels must move at a fast pace to keep up with the cinematic qualities expected by the consumer.

For the most part, we can’t revel in two pages of descriptive detail about the Georgian countryside, its red clay fields growing white bolls of cotton—we’re usually lucky to get a few paragraphs of descriptive detail in a modern novel. But Mitchell’s detail makes the plantation of Tara come to life, the reader actually steps back in time and experiences the emotions of the political strife during the Civil War in an interesting narrative that teaches as much as any history class on the topic.

What I found particularly intriguing was how Mitchell displayed slavery, abolition, the formation of the Ku Klux Klan, and subsequent segregation and racism. It was very interesting to see how she painted a picture of most southern farmers loving the slaves that were a part of their household like family. No, they weren’t treated as equals but they trusted them with the upbringing of their children. The Yankees were described as wanting to free the slaves but not wanting anything to do with them. They’d no sooner trust a slave with their child than a criminal.

Scarlett wonders at the Yankee’s ignorance when it comes to the value of a slave but she doesn’t realize why slavery needed to be abolished. I think it was hard for Scarlett to comprehend because her own slaves were so well treated that they wanted to stay with the Tara plantation. Reading this gave me a good look inside the minds of the people in the 1860s and their distorted way of thinking about the human race. I also found it comical that the slaves of great households esteemed themselves above white trash and their owners seemed to do the same. White trash, such as the Slattery’s in the book, were the lowest rung of the social ladder.

The social ladder was very important to this era and there were many strict guidelines for modesty, grieving, etiquette at parties, etc which was strictly adhered to. Again, I found the story so delightful and informative and felt that I was learning great detail about an era bygone without being bored to tears by a history book.
After the Civil War, many of the strict guidelines were encroached upon simply because the way of life for Confederate Southerners was forced to change so they could survive. They could no longer live by such formal social guidelines when many of them were working along side their freed slaves to keep food in their stomachs.

I think Gone with the Wind could definitely be looked at from many different angles. I chose to revel in the history and depth of detail of an era in history which helped form our nation. Others who read may pass over these details and instead focus just on Scarlett. I’m not sure what the intention of Margaret Mitchell was. We definitely come to know Scarlett, who is a courageous, albeit selfish woman. Through hundreds of pages we “watch” as Scarlett learns from her mistakes and finally becomes aware that she is not the center of the universe. Although sometimes her attitudes annoyed me and the methods she used to stay alive were questionable, I do admire her fiery spirit and ability to rise above trials.

I would like to mention that if you have only seen the movie and not the book, you have only scratched the surface of this epic story. I haven’t seen the movie for several years but in talking with others who have seen it recently and also read the book, I was assured that large parts of the book were left out. I’m certain that no movie could hold a candle to Mitchell’s intricate weaving of surroundings, feelings, and innermost desires voiced in the characters of this book.

If you have read Gone with the Wind, I would love to hear what you thought of it. What parts of the story stood out to you? Who was your favorite character or what was your favorite event from the book?
I really liked Rhett Butler; he was so shrewd and I loved how he could see through every fake pretense put upon him.

One of my favorite events was when Scarlett shot a Yankee soldier at Tara. It emboldened Scarlett to continue on fighting to survive and I think it was definitely a source of strength which she clung to, a memory that she would not lay down and be defeated, but would fight ‘til the end.

Since its original publication in 1936, Gone With the Wind—winner of the Pulitzer Prize and one of the bestselling novels of all time—has been heralded by readers everywhere as The Great American Novel.

Widely considered The Great American Novel, and often remembered for its epic film version, Gone With the Wind explores the depth of human passions with an intensity as bold as its setting in the red hills of Georgia. A superb piece of storytelling, it vividly depicts the drama of the Civil War and Reconstruction.

This is the tale of Scarlett O’Hara, the spoiled, manipulative daughter of a wealthy plantation owner, who arrives at young womanhood just in time to see the Civil War forever change her way of life. A sweeping story of tangled passion and courage, in the pages of Gone With the Wind, Margaret Mitchell brings to life the unforgettable characters that have captured readers for over seventy years. 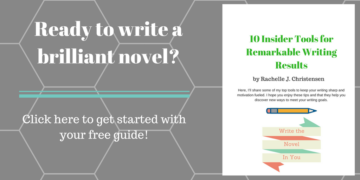