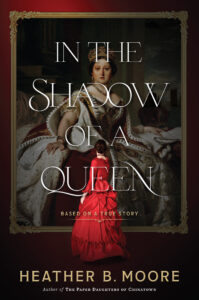 Based on the true story of the free-spirited daughter of Queen Victoria.

As a young woman, Princess Louise is considered the most beautiful and talented daughter of Queen Victoria and Prince Albert. She is also strong-willed and resists following the queen’s rigid rules and strict protocols for a princess.

After her father’s untimely death, Louise’s life is upended by the inconsolable grief of her mother and the rippling effect that rocks the British Empire. Captive to the queen’s overwhelming mourning, Louise is forbidden to leave her mother’s tight circle of control, attend balls, or have any kind of relationship outside the royal family. She is relegated to the position of personal secretary to her mother—the same position each of her sisters held until they were married.

Already an accomplished painter, Louise risks the queen’s wrath by exploring the art of sculpting, an activity viewed as unbefitting a woman. When Louise involves herself in the day’s political matters without Queen Victoria’s approval, including championing the career of a female doctor and communicating with suffragettes, the queen lays down the law to stop her and devotes her full energy and resources to finding an acceptable match for her defiant daughter.

In the Shadow of a Queen is the story of an epic battle of wills between two women: a daughter determined to forge her own life beyond the shadow of her mother, and a queen resolved to keep the Crown’s reputation unsullied no matter the cost. 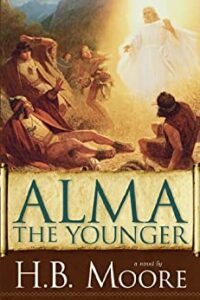 I love this series of books. H.B. Moore definitely makes the Book of Mormon come to life. Her characters have such depth and it gives such insight into the motivations for their lifestyle. I’ve always loved the story of Alma the Younger and now I feel like I understand it even better because I got to go back in time and “see” him in action. The details of the surroundings attest to the in-depth studying Moore does for each of her novels. You won’t want to miss any of these captivating stories.

From the ancient Book of Mosiah comes the story of two men … One, a leader of nations. The other, his son, who’s intent on destroying everything his father has spent a lifetime building. As Alma the Younger rises in power and influence, leading hearts and minds into rebellion, his father becomes desperate. When a once peaceful civilization begins to crumble from within, Alma the Elder must turn to the one source with the power to break his son or forever change his heart. 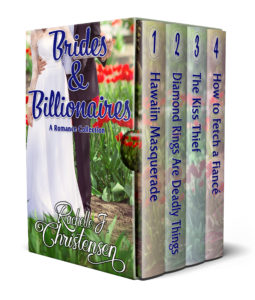 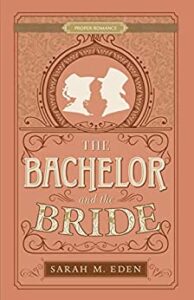 Dr. Barnabus Milligan has always felt called to help people, whether that means setting a broken bone or rescuing the impoverished women of London from their desperate lives on the streets as part of his work with the Dread Penny Society.

Three years ago, he helped rescue Gemma Kincaid by secretly marrying her to protect her from her family of notorious grave robbers.

But six months after Gemma and Barnabus exchanged vows, she realized her love for her new husband was unrequited. To protect her heart, she left, telling Barnabus to contact her if his feelings for her ever grew beyond a sense of duty.

When Barnabus sends a letter to Gemma inviting her to return home, she hopes to find a true connection between them. But unfortunately, he only wants her help to foil the Kincaids, who have been terrorizing the boroughs of London, eager to gain both money and power.

Heartbroken, Gemma agrees to help, but she warns Barnabus that she will not stay for long, and once she goes, he’ll never see her again.

Yet as the couple follows the clues that seem to connect the Kincaids to the Mastiff, the leader of London’s criminal network, Gemma and Barnabus realize they might make a better match than either of them suspected. Perhaps the marriage that had once saved Gemma’s life might now save Barnabus―and his lonely heart.

But before the once-confirmed bachelor can properly court his secret bride, they’ll need to evade the dangerous forces that are drawing ever closer to the hopeful lovers and the entire Dread Penny Society itself. 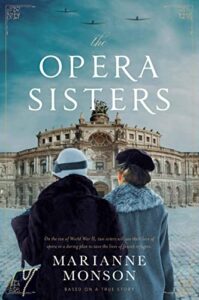 Based on the true story of the Cook sisters, who smuggled valuables out of 1930s Nazi Germany to finance a daring, secret operation to help Jews find hope for a new life in England.

British sisters Ida and Louise Cook enjoy their quiet, unassuming lives in south London. Ida writes romance novels, and Louise works as a secretary. In the evenings, the sisters indulge in their shared love for opera, saving their money to buy records and attend performances throughout England and Europe, becoming well-known by both performers and fellow opera lovers.

But when Hitler seizes power in 1933, he begins targeting and persecuting German Jews, passing laws that restrict their rights and their lives. The sisters continue their trips to the German opera houses, but soon, Jewish members of the opera community covertly approach the sisters, worried that they will be stripped of their wealth and forced to leave their homes and the country. Danger looms on the horizon, threatening to spill across all of Europe’s borders.

Ida and Louise vow to help, but how can two ordinary working-class women with limited means make a difference?

Together with their beloved opera community, the sisters devise a plan to personally escort Jewish refugees from Germany to England. The success of the plan hinges on Ida and Louise’s ability to smuggle contraband jewelry and furs beneath the watchful eyes of the SS soldiers guarding various checkpoints. But how many trips can they make before someone blows a whistle? Or before the final curtain falls on Germany’s borders?

The Opera Sisters is a riveting and inspiring novel of two unlikely heroines whose courage and compassion gave hope to many Jews desperate to escape Nazi persecution. 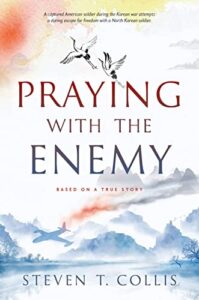 Based on the true story of an American POW during the Korean War and a North Korean soldier who become unlikely allies united in their shared faith in God during a daring escape to freedom.

When pilot Captain Ward Millar is forced to eject over enemy territory in North Korea, the ejection explosion snaps both of his ankles. Unable to walk, he is easily captured by North Korean and Chinese soldiers who interrogate, threaten, and starve him for strategic wartime information. He feeds the enemy false information while plotting his escape. But it’s only a matter of time before they discover his lies. He knows it will take a miracle to gain his freedom, but his previous self-reliance on his own capabilities has never included appealing to a higher power. If only he had faith like his wife, Barbara, whose firm belief in God can move mountains.

North Korean soldier Kim Jae Pil was raised to believe in the power of prayer, but, knowing the Communist Party’s views on religious groups, Kim and his family must keep their Christian faith secret. He is desperate to escape the army, return to his family, and then flee to South Korea.

With Millar imprisoned and unable to walk, and the North Korean army increasingly suspicious of Kim’s actions, it seems impossible that either man will find the freedom they so desperately desire. But when these wartime foes cross paths, they find in each other an unlikely ally. Despite speaking different languages, Millar and Kim find common ground in their fragile faith and must rely on each other to undertake a daring escape.

Praying with the Enemy is a story of courage, determination, unlikely friendship, and enduring faith.