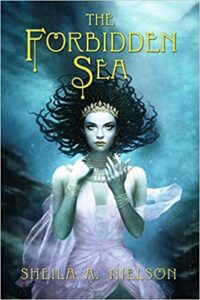 Sheila Nielson did a fabulous job with her descriptive details in The Forbidden Sea and I loved the spin she put on the myth of the mermaids. This story has a classic Cinderella feel to it and at the beginning, I’ll admit I was slightly depressed at how hard Adrianne’s life was–that’s a good thing though–it means the author did her job well of making the main character so realistic that I felt genuine sorrow for her.

I highly recommend this book because the message that Nielson weaves throughout the story of personal self-worth and value is so important for our youth today. She writes in such a way that you become so entrenched in the story and characters you won’t want the story to end.

A mermaid haunts Adrianne’s dreams . . . is she coming to warn her, save her, or drag her down into the depths of the briny sea forever?

When Adrianne comes face-to-face with the mermaid of Windwaithe Island, of whom she has heard terrible stories all her life, she is convinced the mermaid means to take her younger sister. Adrianne, fierce-willed and courageous, is determined to protect her sister from the mermaid, and her family from starvation. However, the mermaid continues to haunt Adrianne in her dreams and with her song. 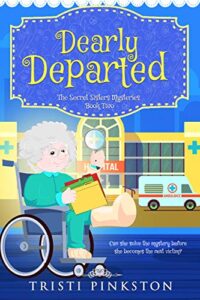 I was so excited to read the latest Secret Sisters mystery. Pinkston is a stellar author and this book was so much fun! I devoured it quickly, laughed at the delightful wit used by these Sister detectives, and enjoyed the page-turning twists in the plotline. I have found it difficult to find mysteries that are clean and enjoyable to read, so this is why I’m thrilled to recommend Dearly Departed to you. You’ll enjoy the fun characters and the brain-itching mystery they set out to solve.

Ida Mae Babbit has done her community service and is a reformed woman – no more law-breaking for her. But when Arlette’s granddaughter Eden discovers a mystery in a fancy nursing home, Ida Mae – with the perfect excuse of a broken wrist and a broken ankle – checks herself into the place. After all, it is for the greater good. Soon she’s buzzing around in her motorized wheelchair, questioning the residents and swiping files from the office. She’s bound and determined to get to the bottom of this case. But can she solve the mystery before she becomes the next victim? 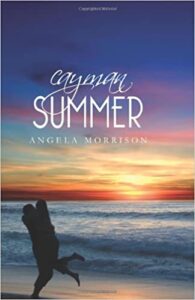 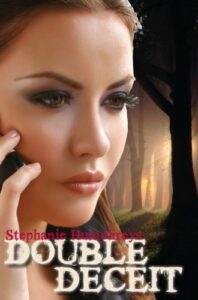 I have to start off by saying the cover of Double Deceit is great and it made me curious to know what would happen. Humphreys did a good job of planting seeds of doubt and questions that kept me guessing about each of the characters and their motivations. The emotional turmoil Elaina is going through is described in great detail so that I felt real sympathy for her and anger at her creepy husband, Spencer.

At some points, the story dragged a bit as I read about Elaina going through mundane tasks. I realize this is a tricky area of writing, you want life to appear normal for the character and still keep it exciting and realistic. For writers, I would suggest summarizing some of the day to day activities and don’t feel like you have to narrate every single moment of the day.

The twist was well-executed and Humphreys did a great job of foreshadowing. I guessed part of the reveal so it was fun for me to be in the know and see when the rest of the characters would figure it out and what would happen.

Elaina soon accepts a job working at a small bookstore owned by the handsome Ryan Hill and his mother. Despite her reluctance to become romantically involved with anyone, she is drawn to Ryan and finds herself falling in love.

But someone isn’t happy with Elaina’s new life and is watching her every move. Her tormentor seems determined to destroy her sanity and her future, but Elaina can’t convince anyone the threat is real. Natalie is preoccupied with her own blossoming romance, and Ryan and Elaina’s friend Peter seem to believe the threat has been manufactured in her own mind—a result of her guilt and grief.

Now Elaina’s plans for a new start are crashing down around her. She knows she will have to find the answers on her own before she can ever overcome the past and enjoy love and happiness again. But how can she protect those she loves when she doesn’t know whom to trust? 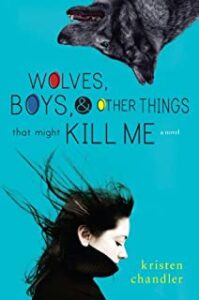 Wolves, Boys, and Other Things That Might Kill Me by Kristen Chandler was excellent!

I will admit that the cover did little to impress me and the title even less. I was confused, wondering if it was some kind of werewolf book–it was not.

The voice of KJ, the main character in this book, was intriguing, realistic, awe-inspiring, and even a little sarcastic. Chandler did an incredible job of weaving in the real life story of the re-introduction of wolves to Yellowstone National Park and the dangers they pose to local ranchers. But it was also a realistic look at life as a teenage girl trying to discover herself and a new boyfriend in the process.

There were so many great moments in the book from funny to a shiver-cringe. If you’re looking for a great general fiction book for young adults, I suggest you check out Wolves, Boys, and Other Things That Might Kill Me. Chandler definitely surprised me with her tight storyline and excellent narrative skills.

KJ Carson lives an outdoor lover’s dream. The only daughter of a fishing and wildlife guide, KJ can hold her own on the water or in the mountains near her hometown outside Yellowstone National Park.

But when she meets the shaggy-haired, intensely appealing Virgil, KJ loses all self-possession. And she’s not sure if it’s a good thing or a bad thing that they’re assigned to work together on a school newspaper article about the famous wolves of Yellowstone.

As KJ spends time with Virgil, she also spends more time getting to know a part of her world that she always took for granted… and she begins to see herself and her town in a whole new light. 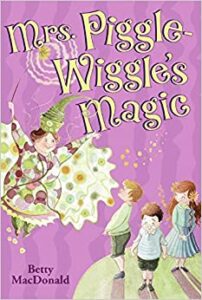 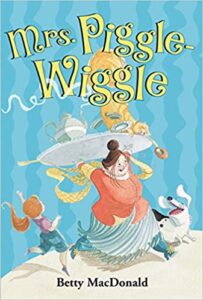 I love reading to my kids. We really enjoyed reading a couple of Mrs. Piggle-Wiggle books. We love laughing over the silly names like Mrs. Moohead and Mrs. Grassfeather and I loved how Mrs. Piggle-Wiggle helped so many mothers when their darling children had behavior problems.

These books are old, as in 1950s old, but the humor and depictions still ring true. My kids especially loved the last chapter of Mrs. Piggle-Wiggle’s Magic where the kids hunt for pirate treasure. The other great point about these books is that they would be super-easy to utilize in libraries and classrooms. Because of the format, you can easily read a chapter from anywhere in the book to give a taste of what fun reading is. If you haven’t met Mrs. Piggle-Wiggle and you have kids in your life, I’d encourage you to check out these books and get to know her!

Perfect for fans of Mary Poppins and Nanny McPhee, this classic series is all about learning and problem-solving. Young readers will love this book.This chapter book is an excellent choice to share during homeschooling, in particular for children ages 6 to 8 who are ready to read independently. It’s a fun way to keep your child engaged and as a supplement for activity books for children.

Meet Mrs. Piggle-Wiggle! She lives in an upside-down house with a kitchen that is always full of freshly baked cookies. She was even married to a pirate once! Best of all, she knows everything there is to know about children.

When Mary turns into an Answer-Backer or Dick becomes Selfish or Allen decides to be a Slow-Eater-Tiny-Bite-Taker, Mrs. Piggle-Wiggle has the perfect cure. And her solutions always work, with plenty of laughs along the way. This is the book that started it all!

Perfect for fans of Mary Poppins and Nanny McPhee, this classic series is all about learning and problem-solving. Young readers will love this book.