There’s nothing more beautiful than a bouquet of colorful spring flowers, but a beautiful love story comes close. I have a couple of clean romance books to share with you today. A make-believe wedding will put a smile on your face with its sweet romance and a box set about four brothers trying to move on after losing their parents is sure to warm your heart, especially as they each find their happily-ever-afters.

Neither of them can afford to lose… 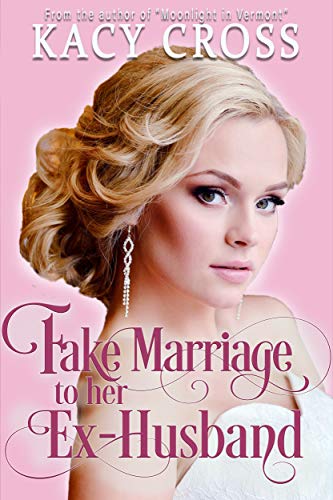 Fake Marriage to her Ex-Husband by Kacy Cross

As the host of Ask Carolina, she pulls no punches. Can’t trust them, can’t fix them. That’s why she’s happily single after kicking her own relationship to the curb.

Charlie Wilson has some opinions too. As the host of his own advice show, he believes love conquers all.

Now it’s time for him to prove it. Who better to test his relationship theory on than love’s toughest critic—his ex wife, Carolina. The one woman he can’t get over. The only way to prove his platform’s superiority is a bet…that he can win her back. 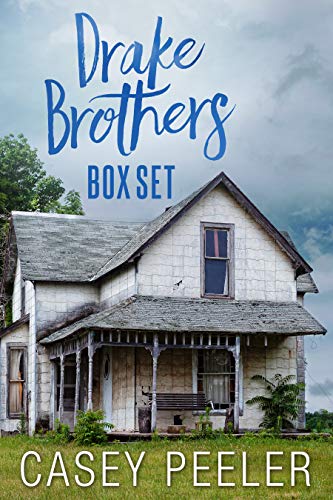 The Drake Brothers – Four brothers with one common thread. After losing their adopted parents in a horrific accident, life changes and emotions are cut off. Can these four brothers find true love?

Everett Drake left the small town life and his three brothers behind the day he was old enough to enlist. However, he returned sooner than he had planned with a chip on his shoulder.

Taking a job with the local beer distributor, he makes a living, but when a new bar owner arrives in town, he knows exactly what he wants—Stella.

Jeremiah Drake is good with his hands and has taken on the responsibility of Mayes’ Body Shop. However, when a bombshell beauty named Landry is put in charge of the shop, Jeremiah is caught off guard by her beauty, but more importantly how she is under the hood.

Colby (Drake Brothers #3)
Colby Drake is Mr. Fix It and likes to take things into his own hands. Working in Aunt Tootie’s shop, Dixie is always taking matters into her own hands, and Colby is determined to solve all her problems regardless of whether she wants the help or not. But she’s no damsel in distress looking to be saved.

Beckett Drake is Mr. Responsible, but his life is different from his brothers—his eyes, his skin, and his father. His job is to put out fires, but the moment he lays eyes on Dallas, he knows that is a fire he never wants to extinguish.

Dallas takes pride in providing for her daughter and not letting a man help in any way.

Beckett will stop at nothing to protect these two, even if he has to lose himself in the process.

The Drake Brothers is a set of clean and small-town short stories that are easily read in 90 minutes or less. The Drake Brothers are all different: military, modern, country, interracial, firefighter, and a mechanic.