It’s that time of year again where it seems that everything comes in bushels. There are bushels of clean and wholesome reads to be devoured, along with the harvest. I’m excited to share some of these clean romances with you today! What sweet reads are you enjoying?

The Hollywood drama is coming to Crystal Springs. 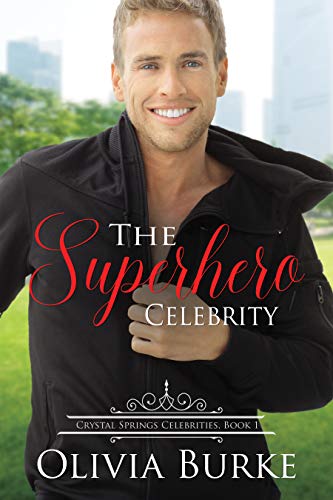 The Superhero Celebrity by Olivia Burke

Jack Bennett – make that “General Justice” to his fans – is the world’s hottest movie star. He’s always known what that meant for his privacy, but sometimes he can’t help but want a normal life. When he bumps into Rosie Tanner, the pink-haired beauty and her wholesome life in Crystal Springs enamor him. But with his entire life on display, are they doomed from the start?

Rosie Tanner is stunned when the Jack Bennett takes an interest in her, and quickly realizes that behind the celebrity persona is an incredible man. But dating him not only means a major life change – it means jeopardizing her dreams in the process. Will she choose to overcome the odds that go with dating a superhero celebrity?

She’s ready for roping, riding, and shoveling piles of muck. But losing her heart to a brooding ranch hand? 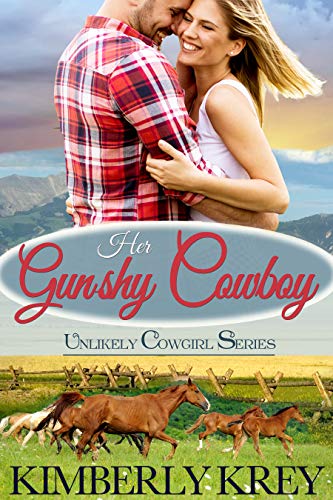 Her Gun-shy Cowboy by Kimberly Krey

Mia Reynolds is the host of popular Vlog show, Try My Life, where she tries other folks’ jobs while the camera rolls. So far, each episode has been filmed in Oregon, yet when Mia gets an invitation from her Granddad to try life on his ranch in Montana, she’s ready for roping, riding, and even shoveling piles of muck. What Mia isn’t prepared for is losing her heart to the brooding ranch hand, Hunter Coleman.

Hunter lost big in love when his ex left him for her Hollywood dreams. When Mia Reynolds spends a week on the ranch to film her hit online show, Hunter is sure she’s just another version of his self-centered ex. But all too soon he sees new sides of the fun-loving woman that urge him to toss his wounded heart to the wind and give love another try.

Once the sparks start to fly, Mia’s forced to make a difficult choice, one that gives Hunter a bad case of Déjà vu. When the fear of losing another woman to the spotlight becomes too much, Hunter might have to cut his losses before he gets in too deep. The trouble is, he’s already in over his head.