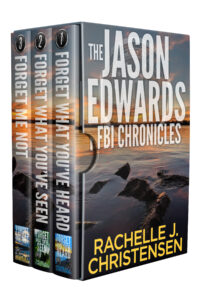 When twenty-three-year-old Courtney Beckham, the privileged daughter of a highly successful land developer, is abducted in the mountains near her home, the search turns up more than just a kidnapping crime. FBI agent Jason Edwards investigates the ten-million-dollar ransom and stumbles upon something he wasn’t meant to find.

When Courtney catches a glimpse of the caller ID in her kidnapper’s home, what she sees turns her world upside down. Even if she escapes her captors, something much more dangerous lies ahead.

Be sure to read all of the books in the series from best-selling author, Rachelle J. Christensen!