Hooray for release day! I’m so excited to present book #3 in the Jason Edwards FBI Chronicles today! This series has been so much fun and this book has another intense surprise for readers. This book was originally published under the title of River Whispers. I have edited and revised it and given it a new title and cover to convey its inclusion in the FBI Chronicles. This is a companion novel and I think you’ll enjoy seeing a cameo appearance of Jason Edwards in this story. 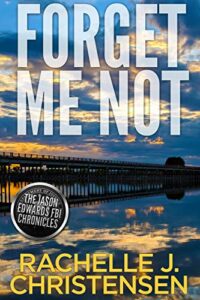